Tomofair Amsterdam 2019 was held on the first week of the year. I hesitated to participate because it was held right after the holidays and people would have spent their money. I’ve been to Tomofair before but at the Nijmegen edition. Tomofair let vendors pay a large part of the rent of the building and other costs and kept the ticket a slow as possible to get a large number of visitors. They can promote their event being popular and being sold out really fast. Vending at Tomofair is okay-ish because the visitors will mostly have a tight budget and never have been in at an anime convention before. For artists who vent for the first time, Tomofair is definitely recommended because of small scale. 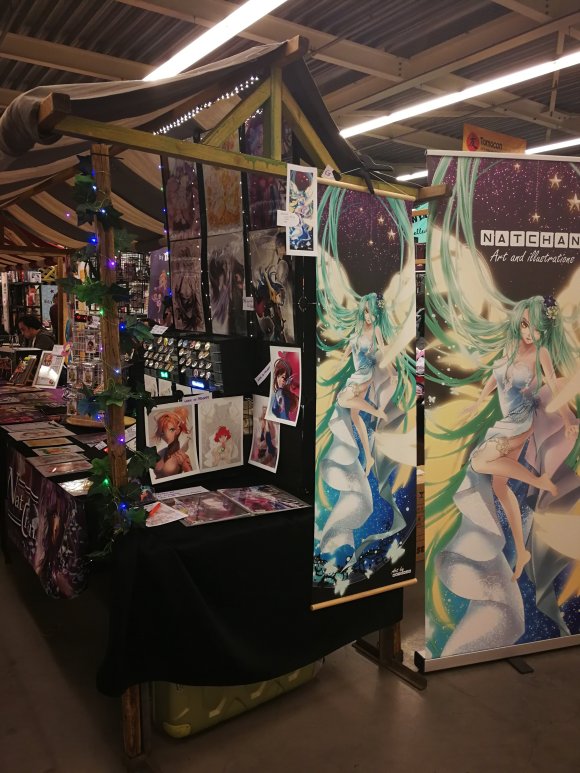 Now I think of it, I’ve never participated Tomofair as an individual artist, but only as part of CheeseCake! Studio. Nevertheless, I had a good time talking with new visitors as well as returning buyers.

Black boxed booth are the artists I know of who went there. So you know the ratio artist / dealers. The light blue corner booth is where I was.

First about Tomofair Amsterdam 2019. They had this weird ‘building up only on Friday from 10.00 to 18.00’ and ‘Saturday starting from 9.30 to 10.00’ thing going on. To be honest, I was not amused at all, I have to work on Friday and on Saturday couldn’t build up in only half an hour before the opening at 10. Tried my luck and arrived on Saturday at the fair around nine. To my surprise, quite a few vendors were there already to build up. Being happy but also actually kind of pissed, because they told us otherwise. I build up the base of my booth set up at ten. The small adjustments are OK to fix while visitors were entering the fair.

As for the setup, I’m quite pleased how it turned out. I’ve brought the half and quarter sheets. The spaces were used effectively. I also made a corner on the open side of the booth for promotion, because I know visitor will not look a the merch on the side with these tables that Tomofair gave us. People would just stand there talking and blocking. I placed work in progress and people could write on a list of things they wanna see to make as a product (to my surprise a lot of ppl wrote in it) and a banner and wall scroll, large enough to see if people blocked the side of my table. 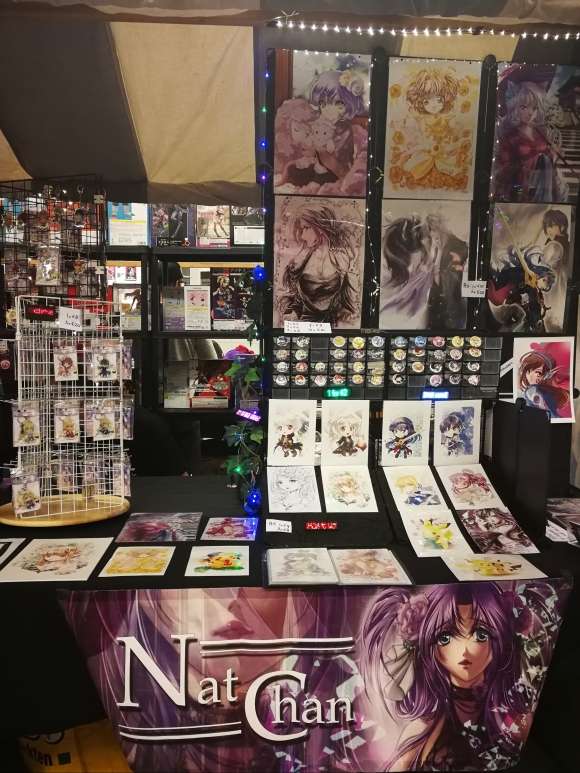 I’ve actually planned for a higher setup, but this the highest what I could. This is something to keep in account with if you want to participation. Also prepair some lightening.

Tomofair itself was very small and actually not much to do for visitors. After two hours they just go elsewhere. The thing about keeping tickets very low, so visitors will be renewed once a while. The busiest moment on Saturday was from 12 to 16. Sunday was a little less busy, but bought more the high tire stuff and made de revenue of Sunday almost equals to Saturday.

As always with these low price entries on Sunday the crowd was a bit less and more people were looking and also more parents with their kids. 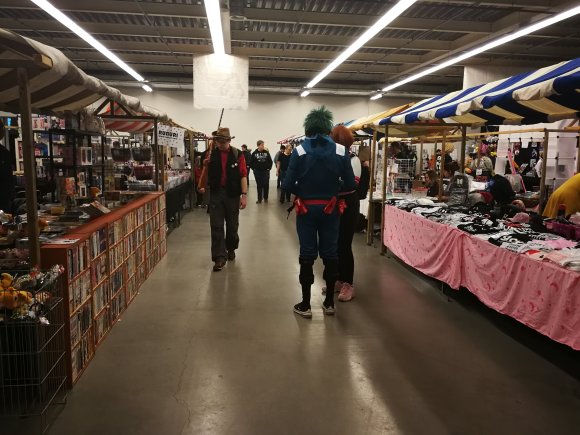 Low traffic on the end of Sunday and how it ailes looked like with the indoor market stalls.

Tomo decided the room into two parts but curtains. It was said the other room was more crowded. It might be true because the entrance of the other room was visible if the people came from the ticket entrance. As I said, the convention is not big, so eventually, the come to this part of the room. The good thing about the table placement was their where space between each indoor market stall. 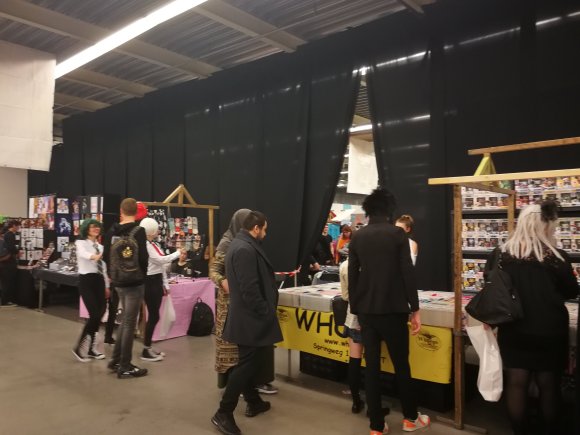 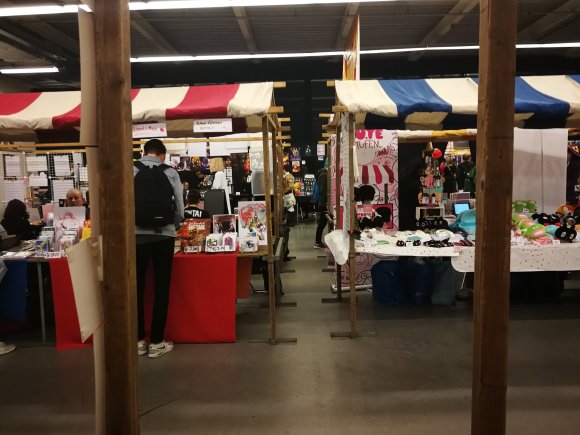 I love these spaces between the stalls. Don’t need to go behind another booth.

Will I come back? I don’t know. Might be good to spread out to new ppl. Cus of the public transport distance is within an hour so its okay not to have a hotel. The con was right after a busy holiday season, so that makes me think twice. If there is another convention that I wanna tryout, Tomofair Amsterdam is the first one to go. 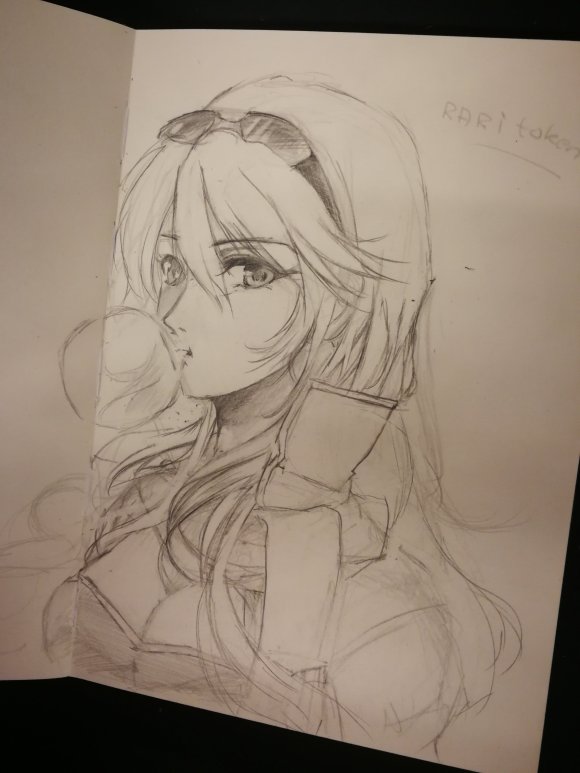